Dr Mark Turin will present a three-part series on BBC Radio 4 on themes of language diversity, endangerment and policy that starts next week. The first episode, recorded in Nepal over the summer, airs from 11:00-11:30am GMT on Monday, 3 December, 2012.

Alongside analogue and digital radio transmission in the UK, the programme will be streamed live online: http://www.bbc.co.uk/radio4/

The series has its own set of web pages on the BBC site: http://www.bbc.co.uk/programmes/b01p6zpl

Episodes two and three will cover the linguistic landscape of South Africa and New York City, and will be aired 11:00-11:30am on Monday 10 and Monday 17 December respectively. The programmes will be archived as podcasts by BBC Radio 4. 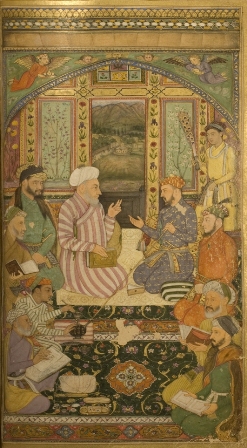 The 2012 conference and Annual General Meeting for the National Committee for Information Resources on Asia will be held on Tuesday 4th December, 10.30-16.30 at the Needham Research Institute in Cambridge.  The theme of this year's conference is Applied Materials: making oriental collections visible, and looks at ways of raising the profile of your collections.  It will include presentations on
There will also be a visit to a display of manuscripts from Cambridge University Library's collections.

The cost is £30, including lunch (£10 for students) and further information about the conference and registration can be found here.
Posted by Kathy Lazenbatt at 16:24 No comments: 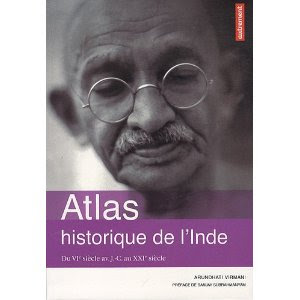 I am pleased to announce that Arundhati Virmani's historical atlas of India will shortly be published.

Arundhati writes: "Violent polemics in the last decades have made Indian national history a crucial field for debating political trajectories for future development. This Historical Atlas presents some of the major developments of this past: spatial organizations since the 6th century B.C. to the 21st century: commercial links from the Mediterranean world to China, the widespread circulation of religious and cultural movements, the development of a major pole in the Muslim world, the transformation of old territorial and social equilibriums under colonisation and the unification of a political and cultural territory after independence.

The maps combine a large perspective of the subcontinent with zooms into particular regions. The Atlas presents recent historical knowledge and research on these questions and treats this history from the perspective of space, territory and the long construction of a territory."

Arundhati Virmani is the author of "A National Flag for India. Rituals, Nationalism and the Politics of Sentiment" Ranikhet: Permanent Black, 2008. 9788178242323. She teaches at the École des Hautes  Études en Sciences Sociales, Marseille.
Posted by Rachel Rowe at 12:27 No comments:

Islam, Trade and Politics across the Indian Ocean: the exhibition