Out of the Ordinary: an introduction to SADACC 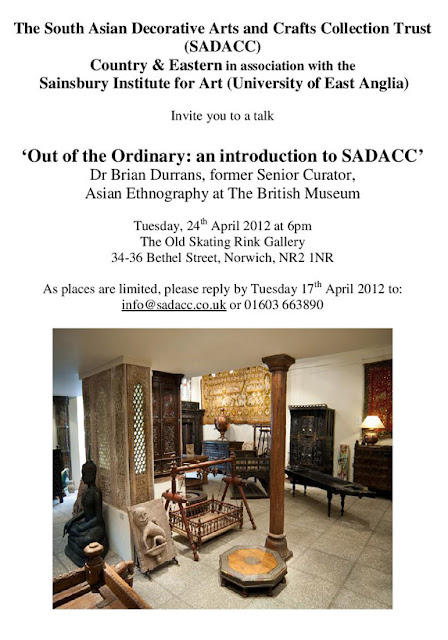 Dinyar Patel is following up on his India Ink series with another series of blog posts - see: http://yazdgerd.net/

In these he plans to post some descriptive guides to archives and libraries in India, including the National Archives of India and the Maharashtra State Archives.

Followers of the SAALG blog are encouraged to submit posts relating to their own experiences of using Indian archives and libraries.
Posted by Rachel Rowe at 15:46 No comments:

Do read Dinyar Patel's reports on the sorrowful state of many Indian archives and libraries.

Links to his four-part series on the New York Times' "India Ink" site can be found below. The series looks at the woeful state of many Indian archives and libraries, and what is being done to improve the situation.

Dinyar Patel is a Ph.D. Candidate in Modern South Asia in the Department of History at Harvard University.
Posted by Rachel Rowe at 09:33 1 comment: 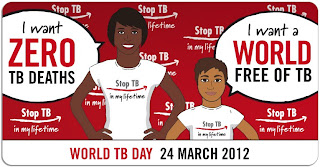 World TB Day, falling on March 24th each year, is designed to build public awareness that tuberculosis today remains an epidemic in much of the world, causing the deaths of several million people each year, mostly in developing countries. It commemorates the day in 1882 when Dr Robert Koch astounded the scientific community by announcing that he had discovered the cause of tuberculosis, the TB bacillus. At the time of Koch’s announcement in Berlin, TB was raging through Europe and the Americas, causing the death of one out of every seven people. Koch’s discovery opened the way towards diagnosing and curing TB. (text from stopTB.org)

For those researching tuberculosis in the past, there are plenty of statistics about TB in British India in our Medical History of British India collection. Many soldiers and inmates of jails and asylums died from it and much epidemiological data can be downloaded from the website from the htm files.

Meanwhile, in our stacks here in the Library, reports from the Public Health Commissioner (shelfmark IP/QA.7) explore the prevalence of TB in India under British rule. In 1933 it was estimated that there were over two million cases of TB in India, being particularly serious in Bengal, Madras and the Punjab.

Now in 2012, people of different ages and living in different countries could have these hopes for stopping TB in their lifetimes:

•Zero deaths from TB
•Faster treatment
•A quick, cheap, low-tech test
•An effective vaccine
•A world free of TB.
Posted by Francine Millard at 16:37 No comments:

For the past decade (as part of the Mutual Cultural Heritage programme of the Netherlands National Archives), I have been compiling a series of archival guides to Dutch manuscript materials on India and Ceylon from the years c. 1600-1825 (titled "Dutch Sources on South Asia, c. 1600-1825", so far two volumes, published by Manohar, New Delhi).

I am now working on the third volume, covering Dutch materials of this kind that are kept outside the Netherlands. My question is therefore: do you keep or know of any manuscripts (both texts, drawings, and maps) produced by (order of) Dutchmen that somehow concern South Asia (mainly India and Ceylon) and date from the period c. 1600-1825?

I may be contacted at l.p.j.bes@hum.leidenuniv.nl. Thank you, Lennart Bes
Posted by Rachel Rowe at 12:28 No comments:

I recommend readers of the SAALG blog look at Hedley Sutton's post of 19th March 2012 on the British Library's Untold Lives blog -  http://britishlibrary.typepad.co.uk/untoldlives/
Entitled 'British Army officers - names, nationalities, fatalities and a phantom', it looks at the appendices to Lives of the officers of the Bengal Army, 1758 - 1834 by Major V.C.P. Hodson (OIR355.332) and makes very entertaining reading.

Fascinating and Fragile: A contemporary approach to making manuscripts accessible

Saturday 24 March, 10.30 – 16.15
Free (includes lunch)
The V&A- London
Discover the story of JAINpedia, an ambitious project led by the Institute of Jainology to digitise UK collections of rare and remarkable Jain manuscripts from India. Playing a prominent role in the history of Indian art and preserved for centuries in temple libraries, the manuscripts contain a treasure trove of ancient wisdom, illustrated with beautiful paintings.Learn how the manuscripts were selected, conserved, digitised and catalogued for this ground-breaking website. JAINpedia makes these manuscripts accessible for the first time to an international audience and provides a wealth of interpretative and contextual information.
Supported by the V&A Jain Art Fund
Book online or call 020 7942 2211
Posted by Farzana Whitfield at 10:00 No comments:

The core of this library in Thanjavur, South India, dates from the 16th century and much of the collection it houses is rare. Philosophy, music, dance, drama, literature and religion share the racks with manuscripts on water divining, food, medicine, veterinary science, astrology and astronomy. The lecture will go into the rarer texts, interspersed with slides and song!


The speaker, Pradeep Chakravarthy, is a native of Tamil Nadu who studied in Madras, Delhi and London (LSE) and currently works as an executive coach in a well known IT company. A writer on heritage for more than a decade, he has recently published Thanjavur - A Cultural History.

If you would like to attend this event, register with your name and e-mail address on the Nehru Centre web site at http://www.nehrucentre.org.uk/events/details/article/illustrated-talk-indias-best-kept-secret-the-sarasvati-mahal-library-pradeep-chakravarthy.html
Posted by Kathy Lazenbatt at 21:06 No comments: