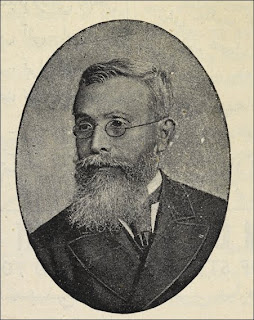 A multimedia timeline and Asians in Britain website are now available on the British Library's website. They celebrate the often overlooked, long history of the South Asian presence in Britain and tell the stories of some key individuals including:

Dadabhai Naoroji- elected Liberal MP in North London in 1892 and the first Indian to be elected to parliament in Britain
Image courtesy of British Library Board [14119.f.37]
Sophia Duleep Singh -Indian princess and Suffragette who marched alongside Emmeline Pankhurst to parliament in 1910, and was a major campaigner for women's rights. The image is from Suffragette 1913. Courtesy of the British Library Board.


The website and interactive timeline have been created as part of Beyond the Frame: Indian British 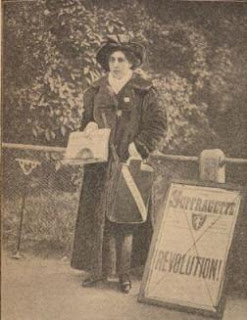 Connections Based on extensive archival research deriving from the 3-year project Making Britain: South Asian Visions of Home and Abroad, 1870-1950 (funded by the UK Arts and Humanities Research Council between 2007-10), this exciting follow-on is led by the Open University and directed by Professor Susheila Nasta in collaboration with Penny Brook of the British Library.

A database of research resources for the history of Asians in Britain, hosted by the Open University, is also available online.
Posted by Penny Brook at 14:54 No comments:

Prahlad Bubbar: Exhibition: Recent Acquisitions of Indian Paintings and Photography, from 19 April to 18 May 2012 - London

Prahlad Bubbar is delighted to announce his forthcoming exhibition,

Recent Acquisitions of Indian
Paintings and Photography, on view at his gallery in Mayfair from 19 April to 18 May 2012.

A highlight of the exhibition is a collection of previously unseen portraits by the nineteenth-century Indian photographer, Raja Deen Dayal. Widely considered to be the one of the most talented and influential photographers of his time, Deen Dayal’s work provides a fascinating window into the
lives of India’s elites at the dawn of the modern age.

The exhibition features works that date from the fifteenth to the nineteenth century. It showcases the great variety of styles and themes found in the history of Indian works on paper, from the early cosmic diagrams of the Jains to the arrival of photography. In particular, it celebrates the diversity and ubiquity of the Indian portrait, whether in the form of the ash-smeared, Hindu god Shiva or the bejewelled Rajput princes of Rajasthan.

Prahlad Bubbar is a dealer and consultant of Indian art. He is a specialist in Indian miniature paintings from 1400-1900 and widely respected in the field for his knowledge.

All works are for sale. Opening hours: Mon-Sat 11am-6pm, Sunday by appointment.

Posted by Farzana Whitfield at 10:52 No comments:

The Foreign Office will be making available to the public a large collection of files from former British territories, sometimes known as the "migrated archives". The files will be made available between April 2012 and November 2013.

The Foreign Secretary made a Written Ministerial Statement to Parliament on 5 May 2011 about these colonial administration files held by the FCO and subsequently informed Parliament on 30 June that he had appointed Professor Badger from Cambridge University as the Independent Reviewer.

Professor Badger has approved a timetable for the transfer of the migrated archive files to The National Archives (TNA). Foreign Office Minister David Lidington announced on 26 March that the first batch of files will be available at TNA on 18 April 2012.

The files are being transferred in alphabetical order of the colonial territory concerned with the exception of prioritised release for Kenya, Cyprus, British India Ocean Territories (BIOT) and Malaya files where there has been particular interest.

For more information, see:
http://www.fco.gov.uk/en/publications-and-documents/colonial-administration
Posted by Rachel Rowe at 16:00 No comments:

Reel Histories: The Film and Oral History Collections of the Centre of South Asian Studies, Cambridge 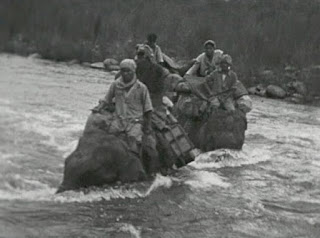 Thursday 12th April 6pm
Free and all are welcome