A National Flag for India 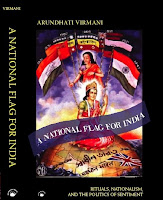 The historiography of modern India generally emphasizes the innumerable conflicts which divide the subcontinent’s society (communalism, caste, irridentism, gender, language), thus suggesting a nation perpetually on the edge of collapse – a disintegration which somehow never happens. The present book revises this picture of divisions and differences, and proposes to examine the history of India also as the construction of new forms of cohesion and successful cohabitation.

Unearthing the complex history that lies behind the construction of a unifying political symbol – the country’s national flag – Arundhati Virmani painstakingly reveals this material object as the result of a long cultural process. Despite huge conflicts, it eventually imposed a set of values and sentiments that came to be largely shared or at least accepted by an incredibly diverse and scattered body of people.

Arundhati Virmani was Reader in History at Delhi University until 1992, when she moved to France. Today she teaches at the Ecole des Hautes Etudes en Sciences Sociales Marseille. Her publications include an essay in Past and Present, as well as two books: India 1900–1947. Un Britannique au cœur du Raj (Paris, Autrement, 2002), and Inde. Une Puissance en mutation (Paris, Documentation Française, 2001).
Posted by Rachel Rowe at 15:33 1 comment:

The NACIRA conference & AGM will be held on Tuesday December 9th at SOAS. The theme of the conference will be “expanding the boundaries of information resources on Asia in the UK” marking the establishment of NACIRA, and the emphasis will be on reaching the widening range of customers for NACIRA's resources.
Posted by Jan Usher at 15:09 No comments:

New Asia Books is a website designed to help academics and librarians to identify, evaluate and purchase new publications in their fields. The website lists academic English language books published on Asia in the preceding 12 months (using data obtained from Nielsen BookData), and it encourages academics, including authors, to review and comment on the books listed. 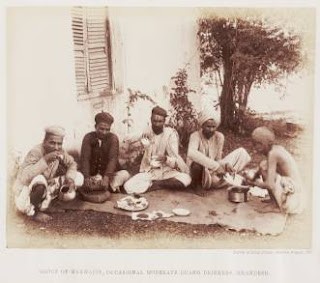 The National Library of Scotland's India Papers collection continues to take the staff down unexpected paths. Not only do we now have a publisher producing facsimile reprints of the Indian Hemp Drugs Commission Report with their unique sepia photographs of hemp users but the website Medical History of British India is now nearing the end of phase 2 (look out for our Digitisation Manager Francine’s fascinating blog entries about this).
We’re pleased to announce that the Wellcome Trust approved funding for phase 3 of the project, which will see our veterinary reports digitised and added to the site in the coming months. This project has helped enormously in the success of a Collaborative Doctoral Award from AHRC, with the Library and the University of Strathclyde as partners. The post-graduate student, Chris Gill, will begin his study of the Civil Veterinary reports this month and he’ll contribute to the text for the website, enabling greater understanding of the content of this important collection.
Posted by Jan Usher at 13:14 No comments: