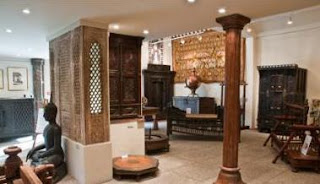 SAALG members are warmly invited to three exhibitions at the SADACC Trust in Norwich:

The South Asian Decorative Arts and Crafts Collection is located  in the The Old Skating Rink Gallery in Bethel Street, Norwich.

Comprising over 3000 items, it includes pictures and prints, architectural items, vernacular furniture and objects which illustrate the everyday arts and crafts from the late 19th century to the middle of the 20th century, though good examples of modern production are also included.

Geographically, the collection concentrates primarily on South Asia and to a lesser extent on neighbouring countries such as Afghanistan, Burma, Thailand and Indonesia.

The collection originated following a number of journeys through South Asia in the 1970s and additions to it have continued ever since. In the 1980s, pictures and prints started to be collected covering the period from the late 18th century through to the early 20th century, particularly where these portrayed aspects of everyday life in the region. Good examples of modern traditional miniature painting have also been collected or commissioned.

The Trust's website includes digital images of an increasing number of items in the collection, such as the fine Company School painting, beadwork hat and Nuristani door illustrating this post and I would encourage readers to explore their website and visit the collection. I very much hope that a future SAALG conference will include a visit to this fine collection in Norwich.
Posted by Rachel Rowe at 10:57 No comments: